Prime Minister Dinesh Gunawardena urged The Way To Happiness (TWTH) Foundation to expand its projects in selected schools in rural Sri Lanka. This was stated when TWTH Ambassador for South Asia, Naseema Qureshi called on him at the Prime Minister’s Office in Colombo on Monday (26). Ms Qureshi explained that the Foundation is currently engaged in inculcating ethical and moral values in school children in selected schools in the Western, Central and Eastern provinces. The Way to Happiness Foundation is a nonprofit organization with the mission of restoring honesty, raising awareness of moral values among children and adults. TWTH Foundation distributes books in Sinhala, Tamil and English on way to happiness through enhancing ethical and mor MORE >> 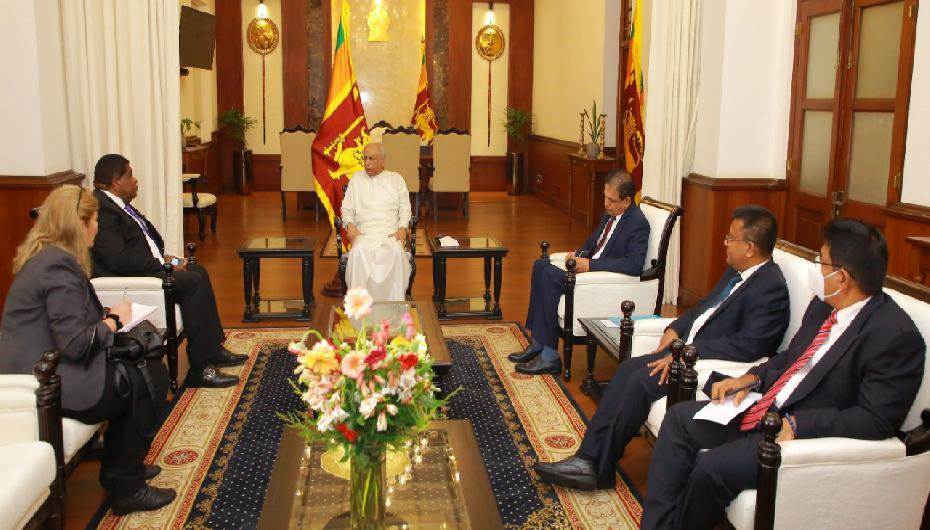 The Prime Minister elaborated the steps taken to strengthen participatory democracy by the establishment of more powerful and strong Sectoral Oversight Committees which included public participation. He also expressed satisfaction over the agreement reached on the formation of the National Council with the participation of all political parties of the House for the purpose of policy guidance and prioritization of matters of nationa MORE >> 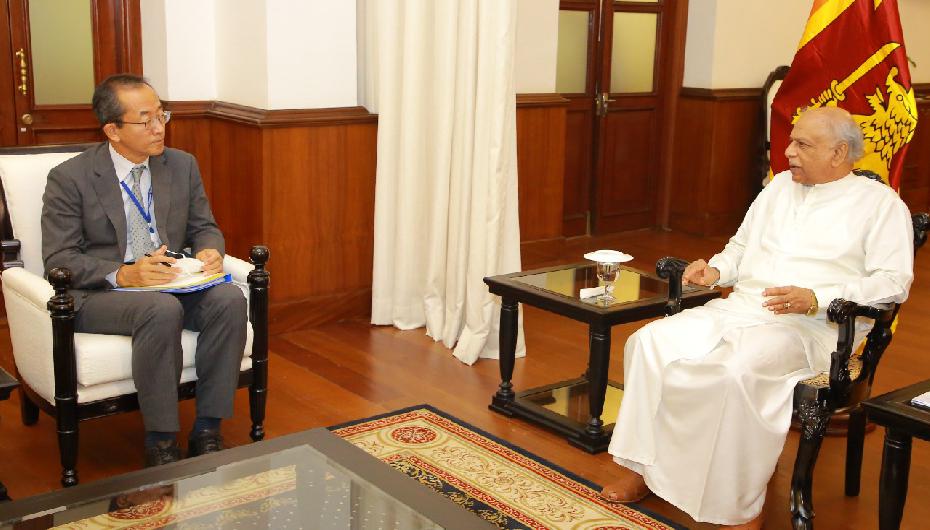 Prime Minister briefed him about the steps taken by the government to revive the economy and requested the ADB to extend support to the programmes aimed at protecting the vulnerable groups of the society and rural agricultural development plans to increase production and increase export of surplus.

I extend my heartiest congratulations to our Cricket Team for regaining its proud full place in the Asian Cricket. They have won the Asian Championship giving a great glory to the Motherland. This victory is all the more significant because our spirited cricketers displayed an outstanding quality of fight-back to overcome initial setback in the finals.
I thank team members, their coaches, managers and everybody who worked relentlessly to bring back the Asia Cup to Sri Lanka after a gap of several years.
Our Cricket Team proved to the world once again our ability to overcome challenges and emerge victorious.

"I extend my heartiest congratulations to our Netball team for winning the Asian Championship, displaying immense courage, resilience and determination.
After trailing behind in the first-half the game, Sri Lankan girls displayed an unparalleled fighting spirit and springiness to snatch the Championship by a comfortable margin, much to the joy of our Motherland.
I thank team members and everybody who worked relentlessly to ensure the victory of the Sri Lankan super girls for the sixth time.
Dear girls, the Nation Salutes You!" 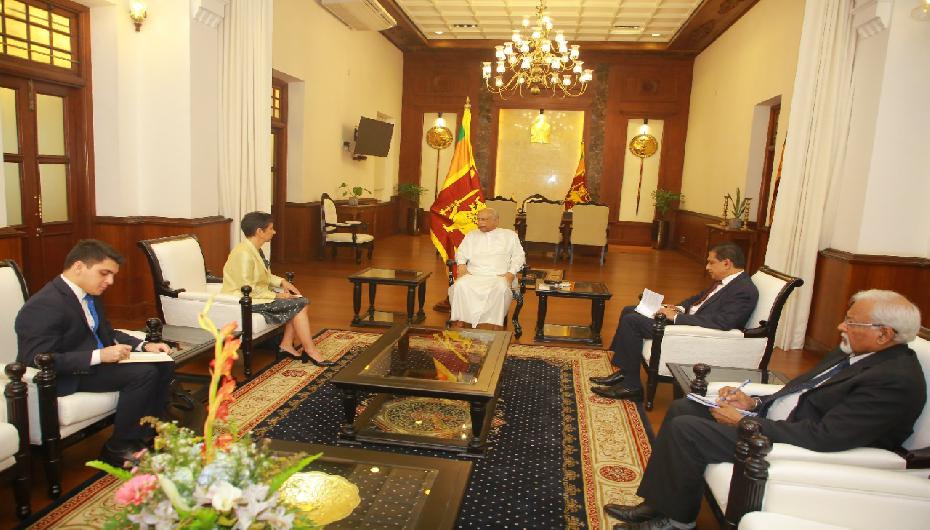 Prime Minister Dinesh Gunawardena has assured the newly introduced relaxed visa regulations and investment facilitation schemes of Board of Investment will help to attract more Turkish investors to Sri Lanka. He said this when Ambassador of Turkey Rakibe Demet called on him at the Prime Minister’s Office on Friday and informed him about difficulties faced by some of the Turkish businessmen in obtaining long-term residential visas.
Ms Demet thanked the Prime Minister and said this assurance would help her Embassy’s efforts to promote Turkish investments in Sri Lanka.
The Prime Minister said Turkey has the opportunities now to invest in new sectors such as production of agricultural machinery, medicine, pharmaceuticals and m MORE >> 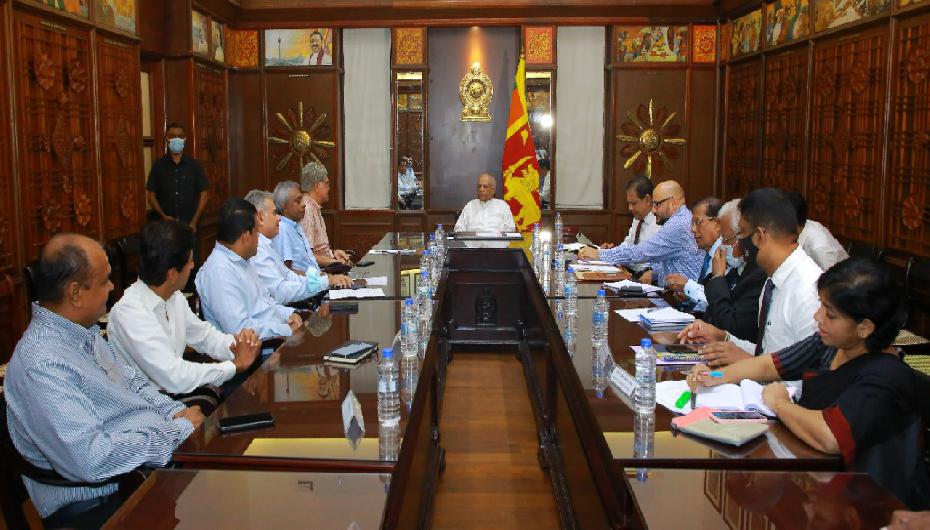 Prime Minister Dinesh Gunawardena assured the apparel industry of government assistance for expansion and further diversification of the industry, which is one of the most successful and promising export trade vital for the country’s economy.
He said this to a senior delegation of the Joint Apparel Association Forum (JAAF) who called on him on Friday (9) and congratulated them for showing a substantial export growth despite the challenges faced due to local and international economic downturn.
JAAF Chairman Sharad Amalean explained the issues regarding certain duties, freight forwarding charges, energy and transport related issues and urged the government intervention to solve them so that they could compete with other count MORE >> 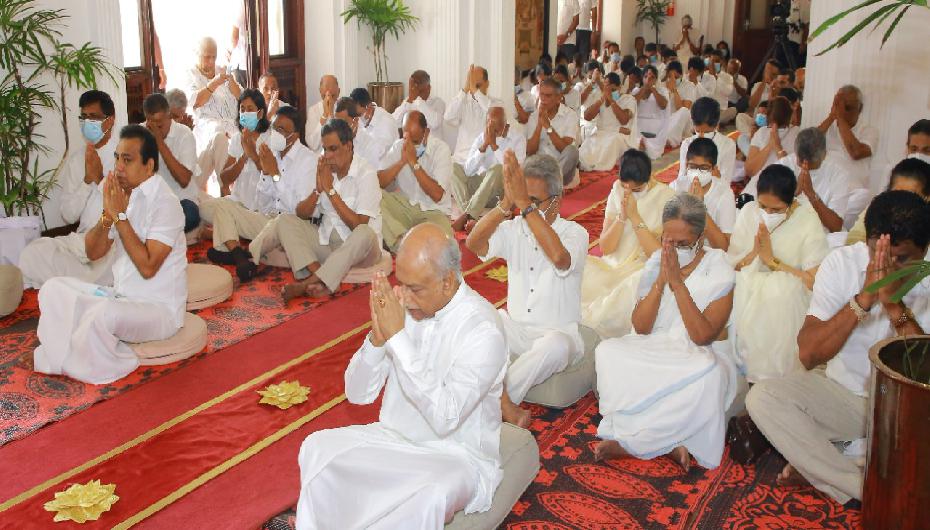 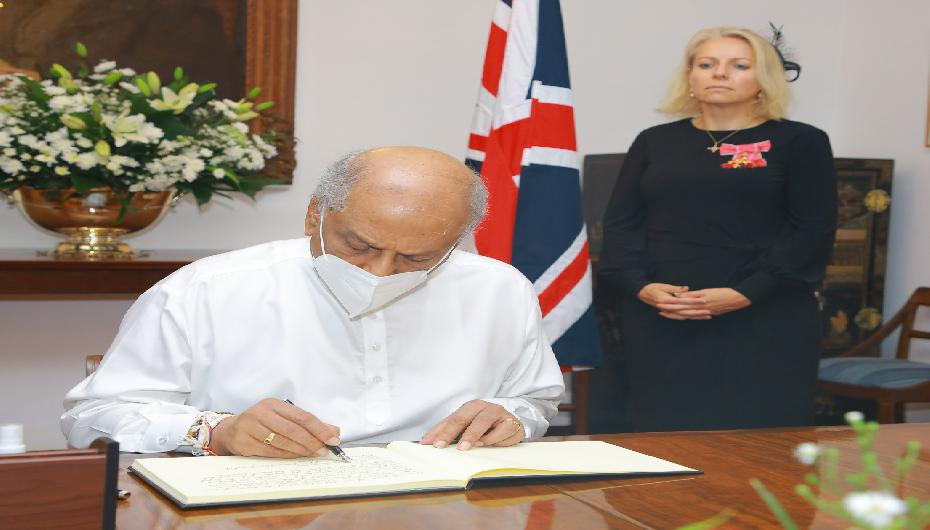 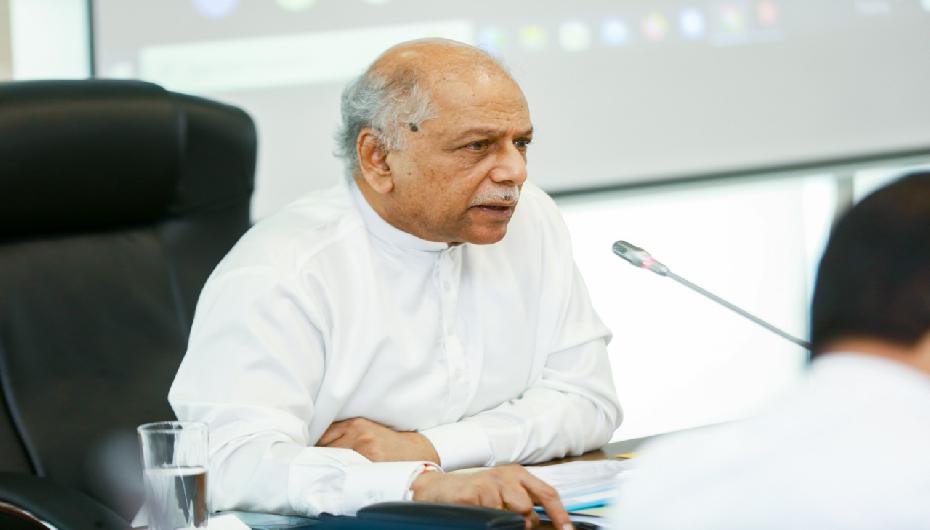 The Prime Minister and Minister of Public Administration, Home Affairs and Provincial Councils and Local Government Mr. Dinesh Gunawardena said that the “National Program for Rapid Empowerment of Grama Niladhari divisions as Centers for Rural Economic Revival" was initiated by involving all parties from Grama Niladhari Division level without wasting the country’s wealth.

The Prime Minister said that this national program should be implemented with the cooperation of not only the public sector, but also all parties at the village level, including the private and cooperative sectors, as well as the political authority. 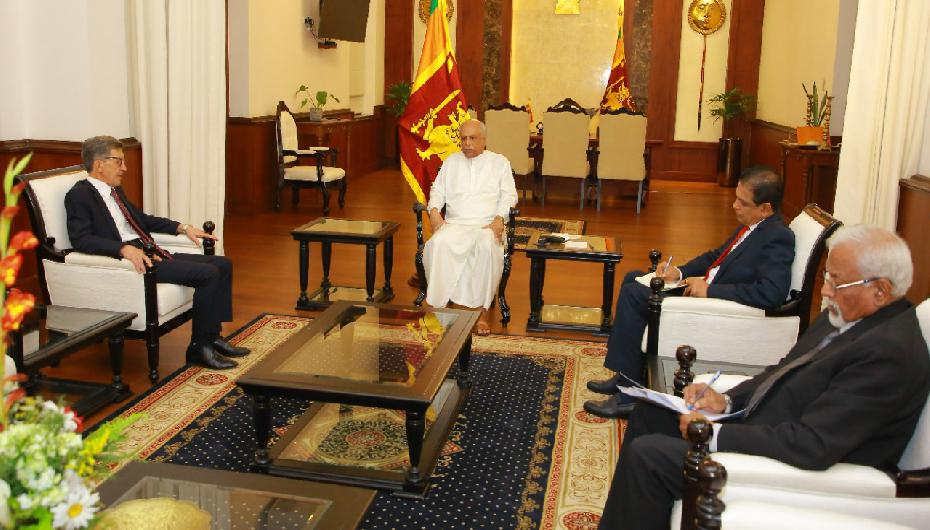 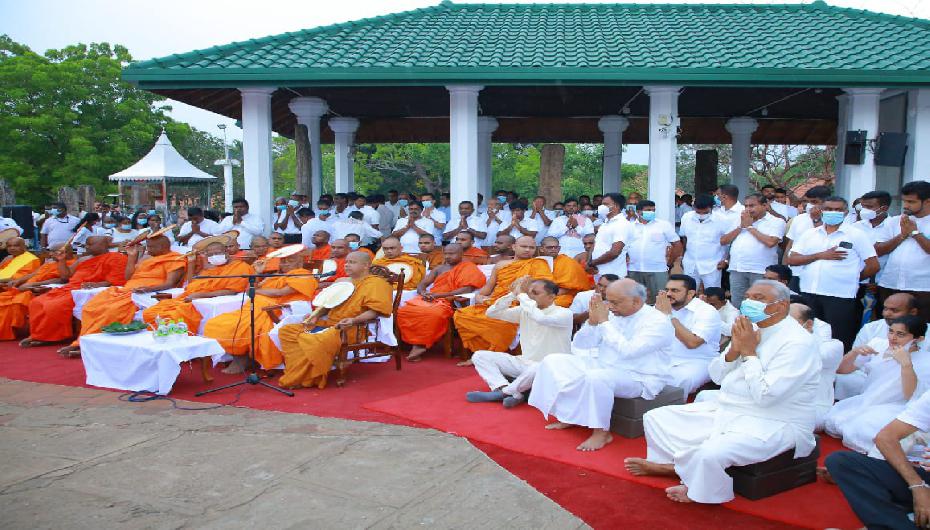 Adhishtana Poojawa and Satyakriya, to protect the Unitary State and the Motherland was held on Sunday, September 04, 2022 at Kirivehera in the cared Katharagama, under the leadership of Prime Minister Dinesh Gunawardena, with the blessings of Mahasangha and prominent national organizations, and, with the participation of the main public representatives of Mahajana Eksath Peramuna (MEP).
Speaking at the Adhishtana Poojawa and Satyakriya which is being held for the 28th consequent year, Ven. Kobawaka Dhamminda Thero, the incumbent of the Kiriwehera Rajamaha Vihara, stated that Prime Minister Dinesh Gunawardena has done a great service to the country for a long time, especially since the establishment of Mahajana Eksath Peramuna.
MORE >> 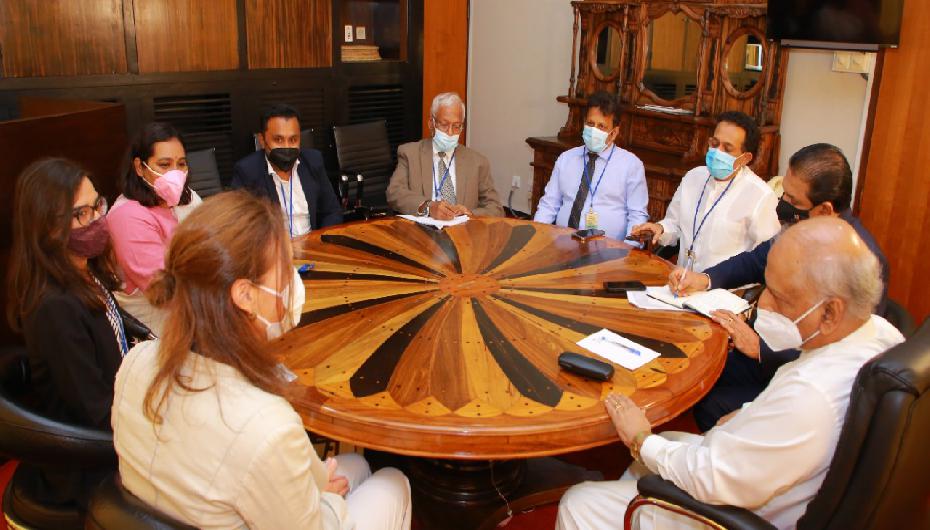 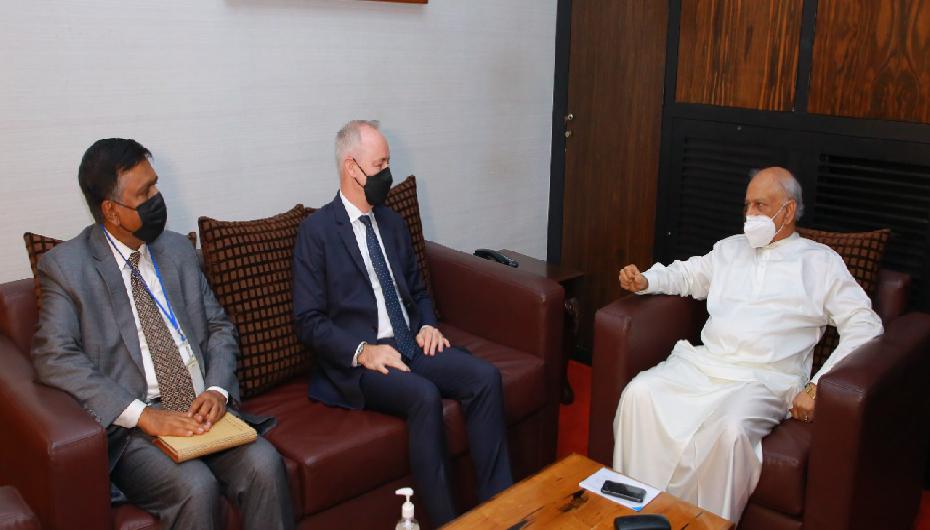 The World Food Programma (WFP) has acceded to Prime Minister Dinesh Gunawardena’s request for additional support of nutritious food distribution programmes targeting children and women, especially pregnant and lactating mothers.
WFP Regional Director for Asia and the Pacific John Aylieff pointed out that WFP has a genuine partnership with the Government of Sri Lanka and their joint programmes such as mid-day meal for school children and triposha for nutrition supply are some successful models that other recipient countries could also emulate.
“We could make a powerful impact as the government has become an equal partner in WFP programmes in Sri Lanka,” Mr. Aylieff stated when he called on Prime Minister Dinesh Gunawarde MORE >> 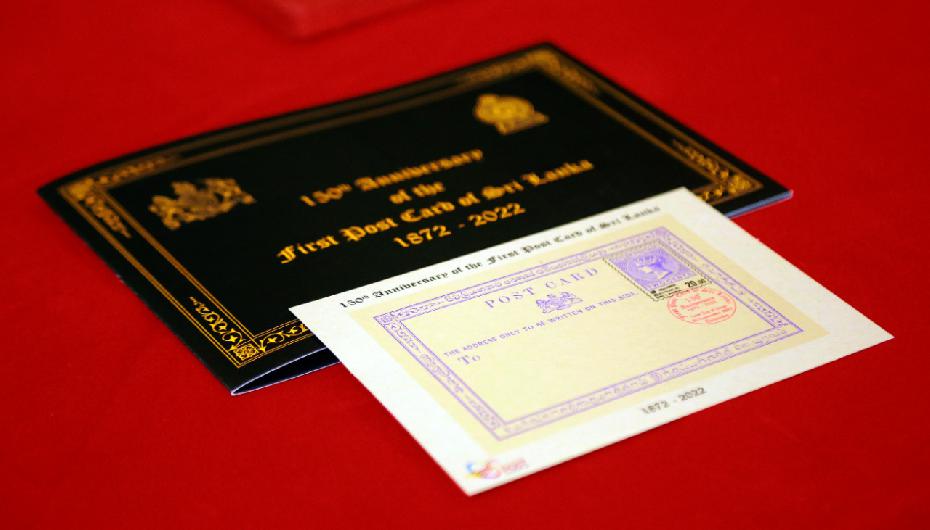 A commemoration stamp to mark the 150th anniversary of Postcard was held in the presence of Prime Minister Dinesh Gunawardena at the Parliament today (Sept1).
Media Minister Bandula Gunawardena presented the first Commemorative Postcard to the Prime Minister. He also presented the Commemorative Postcards to several Parliamentarians including Chamal Rajapaksa,Muditha Soysa , Dayashan Nawanandana and Yadamini Gunawardena.
The Ordinance to provide for island transmission of postcards was passed in 1871 and the first Postcard was issued on 1st September 1872.
Media Ministry Secretary Anusha Palpita and Post Master General Ranjit Ariyaratne were also present on this occasion. MORE >>

US$ 2.9 billion Extended Fund Facility over 4 years
Prime Minister Dinesh Gunawardena announced that the Staff-Level Agreement with International Monetary Fund (IMF) has been reached today (Sep 1) and Sri Lanka will get US$ 2.9 billion Extended Fund Facility over a period of four years. “This is an important milestone in the attempt to revive the economy which is faced with a deep recession,” he said in Parliament and added that after this Staff Level Agreement there is a requirement to obtained required financial assurances about debt sustainability from the countries that provide loans to Sri Lanka.”
Following is the full statement made by the Prime Minister;
Sri Lanka reaches Staff Level Agreement with internat MORE >> 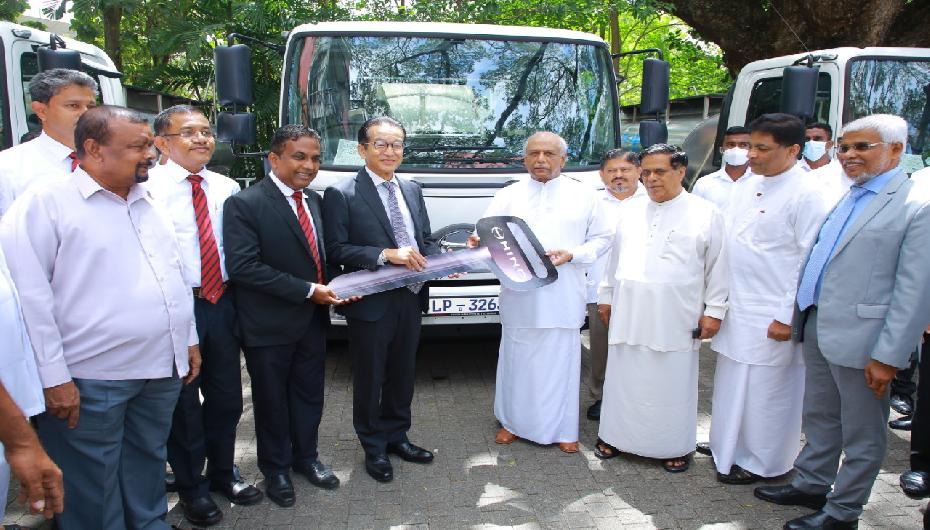 Prime Minister Dinesh Gunawardena said that it is our responsibility to adhere to the concept, "making use of every single drop of water falling from the sky without letting flow to the sea not being used.” He stated this taking part at the distribution of 35 drinking water bowsers at a cost of 490 million Rupees to the local governments in 7 provinces, 15 districts, namely North, East, North Central, North West, Central, Uva and South at Sri Lanka Administrative Institute, Colombo recenytly.
These bowsers were distributed to selected Pradeshiya Sabha in the districts of Jaffna, Vavuniya, Mannar, Kilinochchi, Trincomalee, Batticaloa and Ampara. He distributed water bowsers to the selected Pradeshiya Sabha of Anuradhapura, Polonnaru MORE >>

Prime Minister chaired a meeting of political parties to discuss the proposed Parliamentary Committees and the proposed National Council at the Parliament complex today (29). He urged the parties to submit their proposals as early as possible so that final decision could be reached by Friday (Sept 2).
The party leaders agreed to submit their views on the draft submitted by Wednesday (31) so that the establishment of National Council could be expedited. Most of them agreed that a consensus must be reached between political parties regarding the Committees and National Council.
The meeting was attended by representatives of SLPP, CWC, EPDP and the main opposition SJB, SLFP, CWC, EPDp and several others. Secretary General of Parl MORE >>

“I offer my sincere congratulations to the students who qualified for university admission after determined success amidst numerous hardships.
I also offer my best wishes to those who attempted to reach this goal unsuccessfully and assure them we would be with them in their endeavours to reach victory in their selected spheres.
My ardent wish is to see the students who enter universities committing themselves for the progress of our Motherland.”